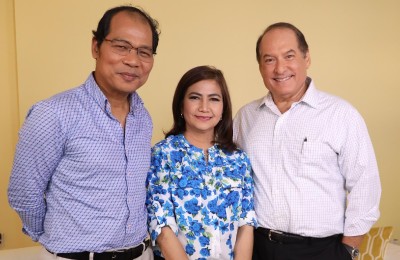 After 15 years of separation, and charges of fraud, a man’s name is cleared, and a family is reunited!

Mike (left) was charged with fraud and alien/human smuggling while trying to return to the U.S., where his wife, Aye (center), and their daughter, were living.

It appeared he had lost his first passport containing a US visitor visa. He got a new passport and applied for a new B visa, which was granted. The consul later claimed the first passport was used by Mike’s brother to obtain a visa to Japan. Therefore, he was being charged with fraud for lying about having lost his first passport. The embassy was also considering charging him with human smuggling in connection with his brother.

He claimed he was innocent, and after his two previous attorneys gave up: one who filed for his Asylum, and the other one filed for his waiver, Mike researched about leading U.S. Immigration Attorney Michael J. Gurfinkel (right) and his many successes with seemingly impossible cases. It was then that Mike decided to consult with and retain Atty Gurfinkel’s services.