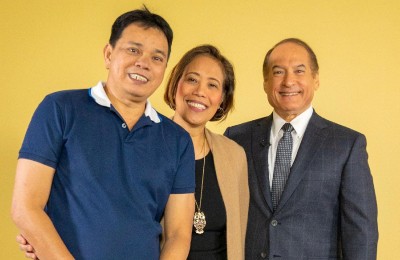 Admitting to drug use resulted in lifetime ban from entering the U.S.!

Junior (left) was looking forward to joining his wife, Marissa (center), in the U.S. Marissa filed the petition and all the necessary paperwork was in order, including an interview at the U.S. Embassy. However, they received the news that Junior was banned from entering the U.S. for life due to drug use.

The couple was heartbroken. They were wondering if Marissa had to give up a good job in the U.S. just to be with Junior back in the Philippines. Marissa consulted one other lawyer, who gave up based on the medical documents from St. Luke’s, saying they could not defend Junior’s case.

Fortunately, friends and family have seen an episode of Citizen Pinoy where the case was like Junior’s.