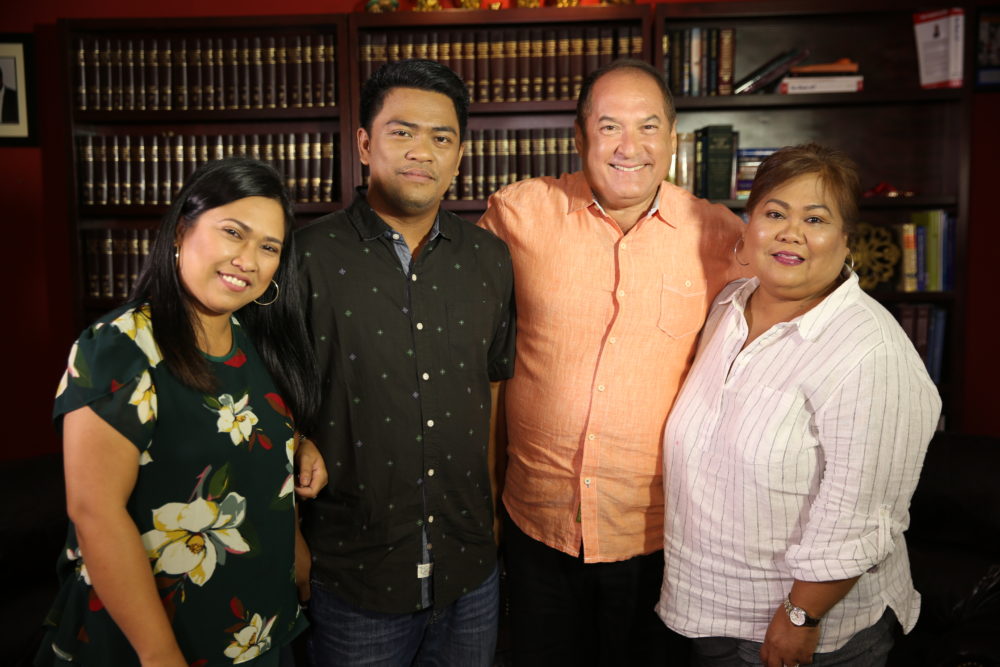 HE APPLIED FOR AN IMMIGRANT VISA TWICE, AND HE WAS DENIED BOTH TIMES

Joseph (center) was initially petitioned as a minor child of a green card holder, but his visa was refused at the interview because he admitted to drug use. When he aged out, his petition was reclassified to F-2B. At his second interview, he was denied for the same reason.

His mother, Josie (right), and his sister, Evelyn (left), felt hopeless. They were running out of options, and were desperate. It felt like Nanay Josie’s dream of having the family reunited in America would just remain a dream.

Mother and daughter consulted with leading U.S. attorney Michael J. Gurfinkel, after seeing a case similar to Joseph’s that was featured on Citizen Pinoy.  Atty. Gurfinkel went to the U.S. Embassy in Manila and becomes a major contributor to a landmark decision and policy change that benefitted Joseph and many more.